Today we are flashing back to Claiming Derryn, my space opera romance! 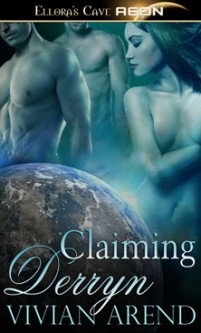 Heroine: Melina – Born to a rich family, but shamed when she committed to two lovers. Now she’s reunited with Trev and Davis and has to choose between her men, or the only life she’s ever known.

Heroes: Trev – Undercover pirate mercenary who will do anything to keep Melina safe, even if it puts his cover in danger. Is desperate to have her back in his life.

Davis – Captain of a pirate ship and the dominating force in Melina and Trev’s triad. Will do anything to keep Melina safe, now that he has her back again.

Tidbit – There was a lot of talk asking for “Space Operas” at one point, and since I was busy trying every sub-genre possible, I jumped into the game, and Claiming Derryn happened. This is a hot book–but the part that makes it the most fun is I slipped a “Salute to Tribbles” into this story.

And any Star Trek fans out there know what that means. Furry creatures who steal the show. ;) 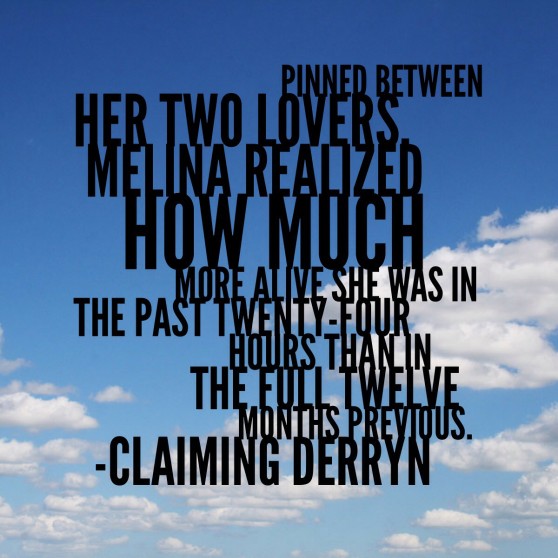 Nowadays there is lot of unforeseen circumstance which force men to take remedies. You can order medicines directly your office. In these latter days the stock you can find in online pharmacy is actually high. Some medications are as a rule used to treat many types of bacteria, such as tonsillitis and infections of the throat. Other ones are used to treat diabetes. Cialis is a remedy used to treat divers afflictions. What do you have to know about cialis order online? Presently many families search for the exact keyword ordering cialis online on the Internet. Perhaps you already read something about it. Having erectile dysfunction can beyond doubt complicate romance. What can cause erectile dysfunction? A row of psychological issues can produce erectile dysfunction. What should you discuss with a physician before taking Cialis? Any treatment may cause dangerous side effects. Sometimes side effects can be actually dangerous. Talk to your pharmacist about the proper disposal of your medicine.