Are you ready for A FIREFIGHTER'S CHRISTMAS GIFT?

Are you ready for A FIREFIGHTER’S CHRISTMAS GIFT, the first book in the Holidays in Heart Falls series? This book is set in the world of Heart Falls and features some of our favorite Heart Falls characters including Tamara Coleman, Ivy Fields, and Kelly James.

Before A FIREFIGHTER’S CHRISTMAS GIFT comes out in September, catch up on the Heart Falls series and ready A RANCHER’S HEART and A RANCHER’S SONG today! 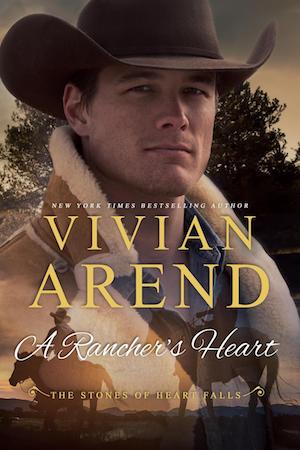 This cowboy has given up on love, but the new nanny might just make him change his mind. The first in a brand-new series from New York Times bestselling author Vivian Arend.

Caleb Stone is wearing too many hats and it’s making him crankier than usual. He’s a cowboy, a father, and the head of his large family—and has been since tragedy claimed his parents over ten years ago. The ranch is struggling, but it’s the title of single dad that’s got him tangled up in knots. He needs a full-time, live-in nanny at the Silver Stone homestead in Heart Falls, Alberta, to help with his two little girls, but the woman about to arrive on his doorstep? Tantalizing, tempting, and trouble with capital T’s.

Tamara Coleman doesn’t regret the choices that led to losing her job, but she definitely needs a fresh start. When a friend recommends her for a nanny position in a new town, she swears this time it’ll be different. No more acting on impulse—except sexy, gruff Caleb is exactly the kind of man who pushes all her buttons. And what’s more, it’s so much fun to push his in return. Sparks fly between Tamara and her gorgeous boss, but she can’t risk her position, and he doesn’t dare risk his heart.

With two people fighting their true natures, something’s going to give. Luckily, there’s more than one way to capture a rancher’s heart.

Caleb shook his head. “She’s my sister. I trust her. She says you’re the one for the job, and I believe her, God help me.”

Amusement lightened Tamara’s expression as a snicker escaped. “Thanks for the vote of confidence. You really think you need heavenly intervention with me working for you?”

He needed it to stop dreaming about decidedly non-heavenly pursuits. Like her lips, soft and delicious. And those damn glasses she wore—he’d never realized he had a thing for glasses, but obviously, he did. The ones she had on today were black-rimmed with tipped-up outside edges. The way she peered at him through them made the dirty thoughts rise, along with his cock.

…and this was a direction he needed to avoid heading in the future. 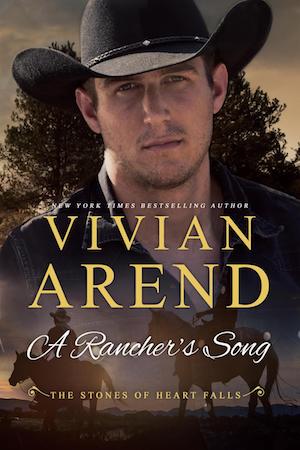 Can love help a champion bull rider face his fears and find his future?

Ivy Field‘s heart nearly broke when she left Heart Falls, but her high school sweetheart insisted she follow-through on her dream of becoming a teacher. She thought that meant putting their relationship on hold briefly, but it’s taken eleven years to return. Now she’s back, no longer a painfully shy young girl but a confident woman who knows exactly what and who she wants–a home and a family–with too-sexy-for-his-boots Walker Stone. He was her first; she wants him to be her last.

Walker “Dynamite” Stone was still reeling from his parents’ unexpected deaths when Ivy left. He let her go, throwing himself into work on the Silver Stone ranch and dangerous living on the rodeo circuit. But lately Walker’s adrenaline junkie ways have crashed–he’s having panic attacks. Potentially devastating to his budding music career, they’re a deadly handicap when shooting for eight seconds aboard an angry bull. He needs to learn to face his fears to save the family fortunes. If he succeeds, this time Walker will be the one to leave Heart Falls, and Ivy, behind.

Will Ivy and Walker have to give up on forever, or can they turn this rancher’s song into a winning duet?

Another round of cheers went up, and then the shouting changed to words.

The locals knew their history—knew they’d been sweethearts back in the day. It made sense they’d be riled up and willing to tease. The crowd was helping to pull Ivy forward, and hands were at Walker’s back guiding him as well.

As if he needed any encouragement.

They met in the middle of the room, and the noise level hit a deafening volume as the chant continued.

Kiss her. Kiss her.

Walker held out a hand, and she placed her fingers in his with no hesitation. It wasn’t the crowd’s encouragement that made him do it. It was the need in his gut telling him to go ahead and take a bite.

He pulled her against him, sliding a hand behind her back as he brought their bodies into contact, twisting and dipping her, bending forward until she had to arch back and rely on him to hold her safely.

She didn’t fight him, not one bit. She just moved in unison with him as if it’d been yesterday and not years ago they’d been in each other’s arms. And when he leaned over and pressed his lips to hers, it was like coming home.