Take the weekend to read about a hero who is relentless when it comes to winning his heroine’s heart! 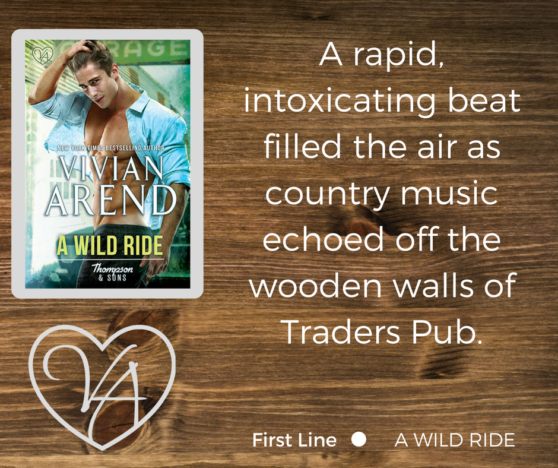 A rapid, intoxicating beat filled the air as country music echoed off the wooden walls of Traders Pub. Troy Thompson eased his hands around the young woman in his arms and guided her expertly across the floor in a madcap, whirling two-step.

The sweet young thing was wrapped around him tighter than necessary, pressing her breasts to his chest as her eyes flashed with desire. The dance floor was crowded, but they didn’t need to be rubbing together like two pieces of kindling.

Normally, he didn’t mind when a lady made it clear that after the dance floor, she’d be game for a little dancing of the more sexual nature, but Troy was currently off the market. Had been for the past six months, which was in some ways really strange since no one knew.

No one, except him and his secret lover.

He’d never had trouble finding female company, but Troy didn’t flip from bed to bed. Sticking with one woman at a time was fun enough, and made it easier to remember what things a girl liked and what she didn’t.

But since January he’d been having the time of his life fucking around with Nicole Adams. It wasn’t intended to be long-term or permanent on either of their parts, and the arrangement was working fine.

Nic had insisted no one else could know, especially not her twin brother, Mike. Who, coincidentally, was Troy’s best friend and roommate.

That was one conversation he was eager to avoid.

“You’re such a good dancer,” his partner announced loud enough to be heard above the music. “And so strong.” Her fingers squeezed his shoulder as she hummed her approval.

In answer, Troy twirled the woman faster, forcing her to cling for dear life instead of stroking him. The up-close-and-personal time with a woman who was not Nicole might help keep the gossips at bay, but he wasn’t going to do anything more than enjoy the young lady’s company on the dance floor.

He wouldn’t drop her on her ass, but he wasn’t going to get her hopes up, either.

He was already looking forward to slipping over to Nic’s place later that Friday night. It seemed nobody thought anything of him dropping in at strange hours. Not with the way their families had been good friends for years.

Thoughts of Nic made him ease his grip on the woman in his arms, guiding her toward the far side of the dance floor in anticipation of the music ending.