In a neat twist, Beth Kery’s latest will be out the same day as HIGH RISK, and so we’re going to peek at what she’s got happening. Actually, she’s got TWO books out on March 5. The print bound version of all eight parts of BECAUSE YOU ARE MINE and the start of a new story!

What’s the scoop with When I’m With You?

So what is the deal with When I’m With You, and how does it relate to Because You Are Mine? I’ve had my fair share of people ask this, so here’s the short answer.

When I’m With You is a serial erotic romance, an extremely steamy love story being released initially as Because You Are Mine was released, as an 8 part serial, each installment coming out every Tuesday. The hero and heroine of When I’m With You are feisty-with-a-heart-of-gold-bad-girl heiress Elise Martin and the only man who has the hope of taming her, handsome-as-the-devil-with-a-secret, Lucien Savauge. Now many people are asking, what about Ian and Francesca from Because You Are Mine? Ian and Francesca are in When I’m With You, and a major part of their romance unfolds in this book, preparing the reader for the third book, Because We Belong, which is out in November. When I’m With You is a very steamy, extremely emotional romance between two people who may seem like they’ve had it all–money, status, looks–but really have lived in a gilded cage. Lucien has escaped that gilded cage, and Elise longs to. But she has to learn a little control for once in her life…and Lucien is the only one she’ll allow to teach her…or who could possibly could accomplish the task. The three books create an overall story arc, with themes of family, sacrifice and the power of letting go of control in order to truly find it. I found Lucien and Elise’s story to be funny at times, heartwarming and emotional at others and always, always sexy. 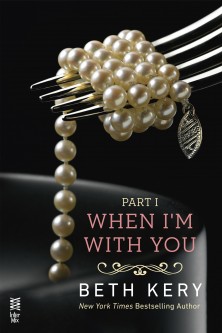 WHEN I’M WITH YOU: PART I
WHEN WE TOUCH

Beginning 3/5/13 with each new installment coming out on Tuesdays: New York Times bestselling author Beth Kery’s blistering new novel of a man and woman bound by the scandalous secrets of the past—and by the sexual hunger that still fuels their uncontrollable desires…

Restaurateur and self-exiled heir Lucien Lenault’s first look at the breathtaking young chef trainee for his trendy Chicago restaurant is a shock. She’s Elise Martin, daughter of a wealthy French fashion designer. She’s also the holder of a secret that could explode his carefully laid plans.

Notorious for her flagrant exhibitionism, and for flouting the respectable façade of her aristocratic background, the coquine’s wild streak shocked most people. Not Lucien. He was tempted by it. It was a deliriously punishable offense as far as Lucien was concerned. But taking on Elise is more than a game. She’s a catastrophe waiting to happen, an inferno that’s burned many a lover. Lucien isn’t most men, however, and he won’t allow her to manipulate him. In order to control the defiant beauty—in order to see her submit—he’s going to have to willingly walk in the flames…

Praise for Because You Are Mine 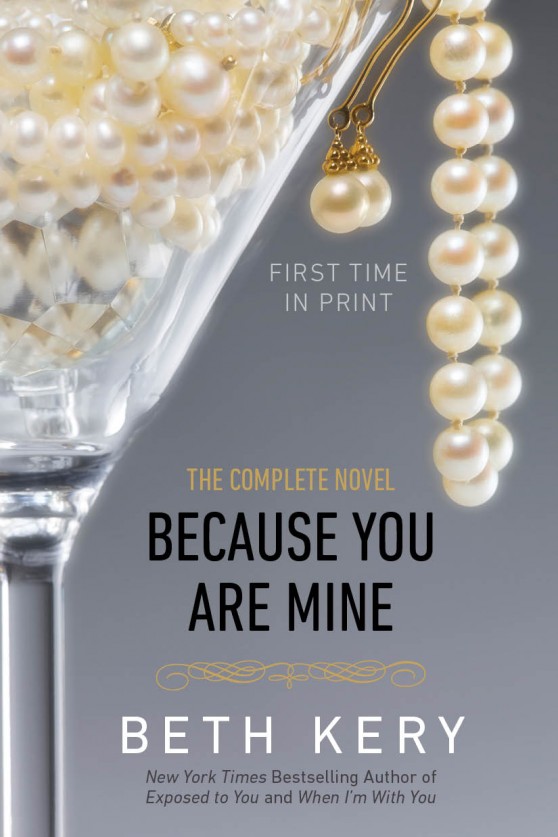 Addictive and Delicious..?USA Today Happy Ever After Blog

Be warned… once you start reading this you won’t be able to stop!? 5 stars from Under the Covers Book Blog

Neat, right? So to celebrate I’m going to give away 5 copies of PART ONE of WHEN I’M WITH YOU. Beth is also giving away a PRINT copy of the complete novel of  BECAUSE YOU ARE MINE on my Facebook page. The best of both worlds–something for those who like to have pages to anticipate each week, and a full novel for those who like to sit down and consume the whole feast.

To enter, leave a comment. Please note you have to enter either ON MY WEBSITE or FACEBOOK pages, not the connected posts that show up at Goodreads or Amazon. I’m having trouble with those connections and they are techno-failing far too often, so the only way I can know for sure who is interested is by checking the blog on my website/ FB page. I’ll pick the winners for part 1 on Sunday eve.

Nowadays there is lot of unforeseen circumstance which force men to take remedies. You can order medicines directly your office. In these latter days the stock you can find in online pharmacy is actually high. Some medications are as a rule used to treat many types of bacteria, such as tonsillitis and infections of the throat. Other ones are used to treat diabetes. Cialis is a remedy used to treat divers afflictions. What do you have to know about cialis order online? Presently many families search for the exact keyword ordering cialis online on the Internet. Perhaps you already read something about it. Having erectile dysfunction can beyond doubt complicate romance. What can cause erectile disfunction? A row of psychological issues can produce erectile dysfunction. What should you discuss with a physician before taking Cialis? Any medication may cause dangerous side effects. Sometimes side effects can be actually dangerous. Talk to your pharmacist about the proper disposal of your drug.

Sounds like an awesome book and would love to win it. Thanks for the giveaway!!

Thanks for the great giveaway!

I’m still on the fence about how i feel about serials. I have read a few and it’s the long wait between i don’t like. Every Tues though doesn’t seem bad. That might be fun and add a little something to it. When you have to wait months you forget what you read in the last part or parts. lol Annoying! Then i have to go refresh my memory.

Author
Vivian
Reply to  Lisa B

I agree, Lisa. I think there can be a neat anticipation with a book like this in parts, but not TOO spread out. That said, it’s nice there is a choice of styles for readers to try. Enjoy now, enjoy later!

Have enjoyed serials before, would love to give this a try…I do like Beth’s work.

Saw High Risk advertised on ARE. Looks great. I do enjoy serials. Thanks for the giveaways. lisagk(at)yahoo

Oh, and all the commentors above this one will be getting a copy of Part One.

I’ll be in touch…

is there a second book about ian and Francesca?

is there another book about ian and Francesca