Today is the release day for WILD PRINCE! Get your copy of this fun and sexy story about a thief, a mystery, and fated mates. 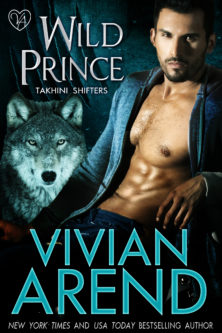 She looked him over slowly, considering her next move.

His face had that classic movie-star structure. Dark brows, haunted expression, as if he was thinking deep thoughts regarding how to save the world. His solid muscular body was thick in all the right spots, like his biceps and chest, narrowing in at the waist to trim hips, and she really wanted to slip her hands into his back pockets before rubbing herself all over him.

A layer of scruff covered his chin, and she was tempted to reach over to see if it was soft or scratchy—she hadn’t met many shifters with facial hair.

He backed up slightly. “What’re you doing?”

Oops. She had moved forward on the hard, wooden seat, one hand lifted toward his face. It was too much fun to resist. “Wait. You have something right here…”

Her palm ghosted over his chin and cheek. Hmm, interesting. A combination of scratchy and soft. She wondered what it would feel like if he rubbed it over her skin—especially between her legs. She hummed in approval at the naughty thoughts.

He scrambled backward, the chair falling behind him as he shot to his feet. “Don’t do that.”

The sharp cut of pain in her chest was unfamiliar, and strong. Being underestimated she was used to.

Being run away from as if she were some kind of monster?

Dani fought back with sarcasm, folding her arms before she could stop herself. “I wanted to see what it felt like. I wasn’t going to hurt you.”

“Of course you weren’t. You’re a sweet, innocent girl—you can’t hurt me.”

Fury struck out of left field. Sweet and innocent?

Dani shot to her feet. “You take that back.”

Confusion twisted his face. “You can hurt me?”

She wanted to stomp her foot, but wouldn’t, because—obvious reasons.

The fourth book in the Takhini Shifters series, WILD PRINCE is coming in about a month!

Wolf shifter Cole Masterson has been waiting impatiently for his future to arrive. The prophecy declared at his birth seems like pure gibberish, but he’s still spent the past thirty-three years trying to prepare for whatever’s coming. When his mate finally arrives, her appearance—on a skidoo stolen from him, no less—triggers a cascade of events he’s not sure he’s ready for.

Dani Neville thought the covert training offered by the leader of an ultra-secret shifter association was her only escape from being stuck forever on an isolated island with her bear-shifter clan. But when her first assignment goes awry, and she ends up being chased through the wilderness by the sexiest, growliest wolf she’s ever met, Dani begins to wonder if her goals were big enough.

Suddenly Cole’s got to deal with the most delectable thief he’s ever had the misfortune to meet—a woman who’s also his fated mate, and years younger than him. Dani’s got to figure out if being a ninja wannabe is her true desire, or if the chance to stay with her growly wolf is worth fighting for. Meanwhile, a prophecy that’s been waiting for years steamrollers them toward their ultimate destiny.

Not everything is as it appears…not even fated love.

The temptation was impossible to resist. He lowered his face to the crook of her neck and inhaled deeply.

A massive shiver shook her teeny frame. “Don’t hurt me,” she begged. “Don’t bite me.”

Fear turned her voice ragged, and her panic was nearly enough to make him release his grasp.

His nose told him her tone of voice was the trick because, other than that initial quiver, her entire body wasn’t saying terrified. Instead she’d used the motion to loosen his grip and now she was wound up with the tension of a warrior waiting to spring a trap.

“Don’t tempt me,” he growled. Biting her. Jeez, just the thought made his body react. “If I want to, I damn well will.”

For a split second she held on to her act before making a rude noise. “Your response was pretty good,” she admitted. “Very gruff and scary. You win this round. Now do you think you could put me down, Mr. Mouse?”

What the hell was this shit? “Mouse?”

She stared back, examining his face carefully. All he could really see of her was the tip of her nose and a glimmer of light off her eyes. The oversized hood hid the rest of her face in the shadows, but Cole’s nose had told him all he really needed to know…

She shook her head slightly. “Okay, you’re bigger than the average mouse. That would explain why you were making more noise than I expected. But we could have a regular conversation like human beings. There’s a perfectly good table over there, with chairs.”

Cole refused to let her go. It had taken too much energy to find her, not to mention he was enjoying being pressed against her. “Not human,” he pointed out.

Catch up on the Takhini Shifters series now, to prepare for the release of Cole.

I’m so excited to announce that Alphas After Dark hit both the New York Times and USA Today bestseller lists! 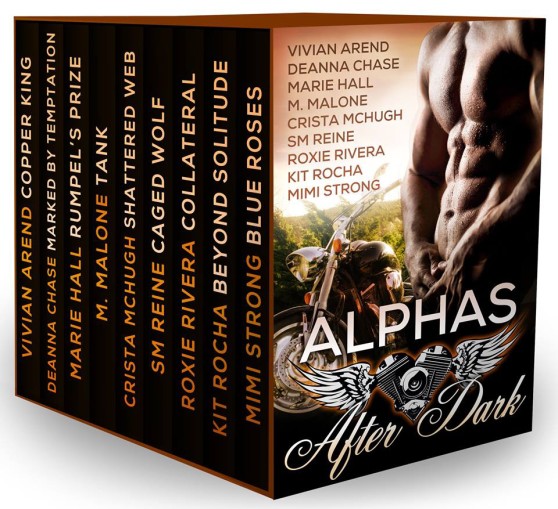 Thank you so much to all the readers who purchased, loved, and reviewed this box set!

Nowadays there is lot of unforeseen circumstance which force folk to take remedies. You can order medicines directly your office. In these latter days the stock you can find in online pharmacy is actually high. Some medications are as a rule used to treat many types of bacteria, such as tonsillitis and infections of the throat. Other ones are used to treat diabetes. Cialis is a remedy used to treat divers afflictions. What do you have to know about cialis order online? Presently many families search for the exact keyword ordering cialis online on the Internet. Perhaps you already read something about it. Having erectile dysfunction can beyond doubt complicate romance. What can cause erectile dysfunction? A row of psychological issues can produce erectile malfunction. What should you discuss with a physician before taking Cialis? Any curing may cause dangerous side effects. Sometimes side effects can be actually dangerous. Talk to your pharmacist about the proper disposal of your drug.