Have you ever read about Dolphin shifters? Now’s your chance! 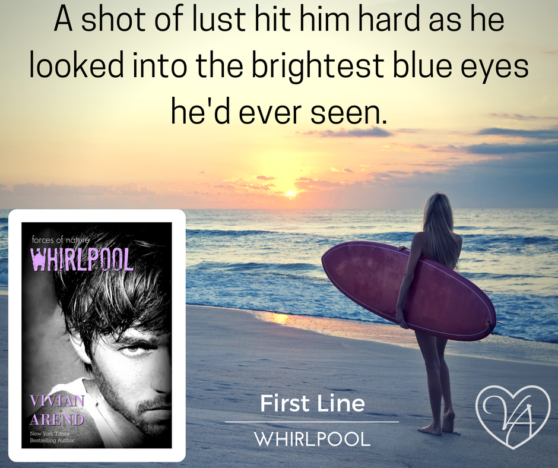 A shot of lust hit him hard as he looked into the brightest blue eyes he’d ever seen. Jamie cleared his throat, striving to distract his body before his involuntary reaction became too noticeable.

“Can I help you?” The blonde held on to the door, blinking up at him, her soft voice tickling the nerves along the back of his neck.

Could she help him? Holy hell, he wished she were the reason he’d come. “I’m looking for Ms. Colten. I had an appointment to categorize the artifacts her late husband had gathered.”

A confused expression crossed the young woman’s face before she blasted him with an earthshaking smile. “Oh, you mean Lady Victoria. She doesn’t live here anymore. She’s moved into an apartment in town. Ms. Alexia lives here now, and her husbands aren’t dead.”

Jamie dragged his gaze off her and the amazing objects visible just over her shoulder in the background. The house overflowed with enticing treasures, but he needed to concentrate a little harder until the preliminary welcome was over. He must have misheard her.

“Could I speak with Ms. Alexia then?” he asked.

“She’s on her honeymoon. I’m watching the house. What’s your name?”

He stared into her pure, sweet face, absolutely mesmerized.

“Jamie Powell.” Skin like porcelain, delicate eyelashes. He patted his pockets absently. “I have ID if you’d like. I was hired to do an inventory and assessment on Blain Colten’s diving collection. Joshua Marley contracted me. Is he here?”

She hesitated for a second. “No, he’s gone too. Ummm, he’s…traveling.”

A door opened behind the woman and a man easily six foot seven stepped through. Rock-solid muscles flexed as he strode closer. His head was shaved clean and between him and the woman Jamie felt like he’d walked onto the set of a Beautiful People magazine shoot. He’d never seen a more attractive pair.

“Chelsea, did you need me to pick up any groceries while I’m in town?” The soft expression on the man’s face tightened and his voice sharpened as his dark brown eyes focused on Jamie. “Can I help you?”

Jamie wondered what he’d done to annoy the giant. He managed to pull a business card from his pocket and present it.

“He said he’s here to do an assessment,” Chelsea offered.

“I’m looking for Joshua Marley or Alexia Colten. I’m supposed to work on a marine-artifact collection.” Jamie found himself staring at the woman again. A faint scent of perfume wafted over and his mouth watered. Damn, everything about her was attractive.

The tall newcomer stepped between them.

“They’re on their honeymoon,” the giant answered briskly. He gently nudged Chelsea aside, prodding her in the direction of the open room behind him. She wandered backward from the door, her gaze meeting Jamie’s as she gave a mischievous wink. His heartbeat increased. He returned her smile before glancing up to see a disapproving glare drilling into him.

Whirlpool is available for Kindle Unlimited subscribers, or for purchase on Amazon