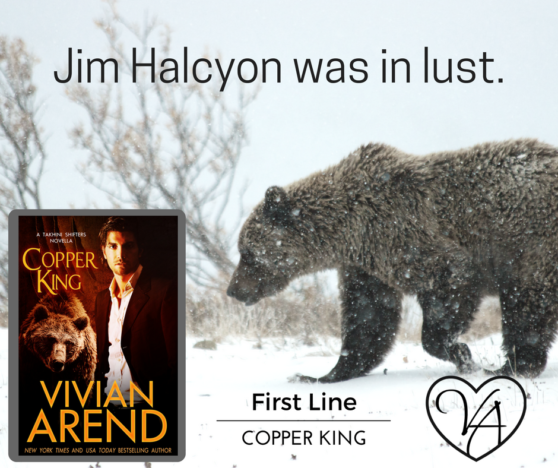 Jim Halcyn was in lust.

Or maybe obsessed was a better term. Whatever it was, he couldn’t pull his gaze away. Her bright coppery tones reflected the overhead lights, sparkling back as she rotated before him. Soft edges, infinite value—not because she was so rare, but because of what she represented.

This time, she wasn’t getting away from him.

“You’re the easiest person in the world to distract,” Damon Black taunted.

Jim instinctively closed his fingers over the coin lying in the palm of his hand, tempted to slam the fist he’d formed into the pretty-boy face of one of the only shifters brave enough to mock him.

His best friend peeled his grasp open and withdrew the small copper disk, placing it and its protective plastic case on the bar counter in front of them. “Now that you’ve seen for yourself Lady Luck is here, let’s talk. How have you been? I haven’t seen you much in the past month, and phone calls and texts don’t cut it, since you suck at doing anything other than yattering about work.”

Damon raised a brow, his unspoken see what I mean? coming through loud and clear.

Jim let out a long, slow breath. Fine, he’d humour the blond bastard. “You know, for someone who swears he wants me to relax, you might let a fellow have some quality time with the woman he loves, instead of rushing the moment.” Jim deliberately lifted the coin in the air, twisting slowly so the casino lighting bounced off the cut lines, making the ancient artifact shine like a brand-new penny.

“Fine by me.” A gloating grin drifted over Damon’s fair features. “Since this is the only time you’ll get a chance to fondle her, you may as well make the most of it.”

Damon chuckled. “Three years running I’ve won the bet. You must miss having Lady Luck in your life.”