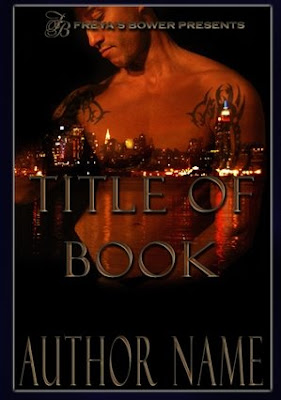 This is for a contest I’m entering to win the chance to be published with this cover.

Rachel stared over the water, mesmerized by the dancing reflection of the moon as it rose over the harbor. Its light shone brighter than the lights of the city skyline across the bay. Through the whole heart-wrenching sickness and loss of her brother the only constant had been the peace she felt every time she came near the ocean. Robert was gone yet she lived. He suffered no longer instead she suffered for him.

She stood and threw another of the small stones that she’d gathered during her walk to her favorite bench. A ritual begun as a coping strategy during the long visits to the hospice. Once before Rachel kissed her brother goodnight he’d whispered his plan to her, mentioning a number. Walking to the bench that night she had found that same number of perfectly oval skipping stones lying along the path. The coincidence had shocked her. Thrilled her. Confused her already overtaxed heart and mind and she’d accepted it as a gift. From whom and for what reason she didn’t know but the stones became a part of the journey through Robert’s illness and now…

Now, beyond his death.

The stone skipped lazily, striking the water’s surface five times before dropping beneath the waves.

“For the time you sang out loud with your ear buds in and didn’t realize how bad you were.” Rachel said. “For the time you thought you’d remembered everything you needed and still came back inside the house to get your sunglasses, that were on your head. For the time you gave me a ride home when you really wanted to stay and party.” Good memories from her twenty-six years with him. Things that made her smile. She took a deep breath. Two more things, the skipping stone called for two more memories to be shared before she could leave.

She finished the ritual, each word easing a little of the pain, releasing a tiny bit of the cold that had sunk deep into her soul as she fought to be strong for him. Brushing the dirt off her fingers she stepped down toward the water and dipped a hand in. Ripples spread out from the shore and Rachel smiled.

It still hurt but she would move on. School, friends. So much still to experience that he never would and she had promised to live life to its fullest. Take the opportunities presented to her, no matter how challenging.

Casting one final glance at the gently waving water, the lights of the city sparkling in reflection, Rachel gathered her things and walked away.

Nowadays there is lot of unforeseen circumstance which force men to take remedies. You can order medicines directly your office. In these latter days the stock you can find in online pharmacy is actually high. Some medications are as a rule used to treat many types of bacteria, such as tonsillitis and infections of the throat. Other ones are used to treat diabetes. Cialis is a remedy used to treat divers afflictions. What do you have to know about cialis order online? Presently many families search for the exact keyword ordering cialis online on the Internet. Perhaps you already read something about it. Having erectile dysfunction can beyond doubt complicate romance. What can cause erectile dysfunction? A row of psychological issues can produce erectile dysfunction. What should you discuss with a physician before taking Cialis? Any therapy may cause dangerous side effects. Sometimes side effects can be actually dangerous. Talk to your pharmacist about the proper disposal of your drug.