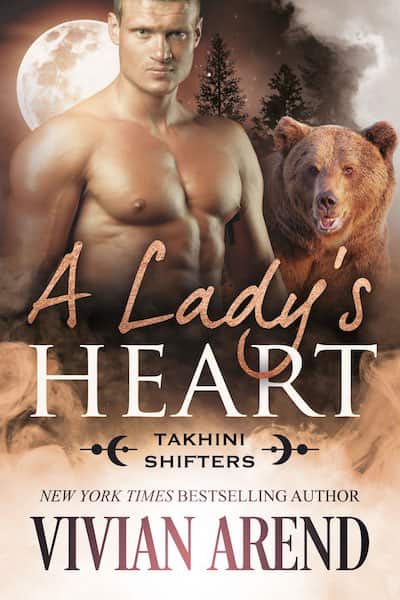 Three male wolves chased a couple of laughing females through the common room at the Takhini pack house. Justin Cullinan pulled his feet out of the way in the nick of time to stop from tripping another couple as they argued loudly without looking where they were going.

He swung his paper to the right and continued reading, ignoring the chaos best he could. He’d had a couple of months’ experience now, and while he was never going to be completely comfortable immersed in the community-loving wolf shifters, he still found it entertaining enough to put up with.

Loud, boisterous, and in your face. Twitter bio for over half of the members. And the other half, the lone wolves who craved a little more silence, were tucked away into hidey holes around the building. Finding that balance between alone time and the pack they needed as much as they needed air.

Justin reached without thinking and stole a sandwich off a passing plate.

“Hey, man, that’s mine,” a teenaged wolf complained loudly before noticing who the thief was. “Oh, it’s you. No prob. You want the rest of it?”

He held the plate forward good-naturedly.

Justin bared his teeth in a grin. “Thanks, this is enough.”

The kid glanced around to see who had seen him talking to Justin before he sauntered off cockily, as if he’d done something amazing like bearding a wild bear in his den.

Justin chuckled before enjoying his stolen goods with gusto.

He was still figuring out the nuances of wolf politics. Even with the time he’d been crashing at the pack house, he wasn’t sure where he fit into the hierarchy.

The answer should have been nowhere, considering wolves had fated mates, mystical pack bonds, and Alpha/Beta leadership teams. Bears had…

Well, in their animal forms they had claws and fangs, and they weren’t afraid to use them. But more than that, bear shifters didn’t usually willingly gather in groups, or spend a lot of time in each other’s company. Not the way these wolves did—

Yet they’d welcomed him into their presence. Probably more to do with circumstances than the fact he was charming.

Although, he was charming, if anyone asked.

The past months had seen a turnover in bear-shifter leadership, the political process a dangerous endeavour that had thankfully ended with a positive outcome. A new administration was in place that had removed a threat to all shifterdom and placed his boss Tyler, who was also his best friend, at the helm.

But that was in the past, recent as it was. It was time to focus on the future—not just for the bear clans, but more importantly, for him.

It was good to have a new, more personal goal to pursue.

Justin wiped his hands on a handkerchief as he observed the chaos one more time.

His phone went off, and he hurried to answer. His boss had been impossible to get a hold of for the past couple of days. The man was safe—the security detail Justin had put together ensured that, but heck if Justin didn’t miss the bastard.

Of course there were reasons he hadn’t gone abroad with his friend. Good reasons. Good enough to make him temporarily ditch his role as bodyguard to the newly elected leader of the northern bear clans.

“Tyler. You back on North American soil yet?”

The other shifter sighed. “I wish. We were actually in the air when we got an emergency call from the Slovene family.”

Justin whistled softly. “Impressive. I didn’t expect you to be called in to deal with Russian politics this early in your regime as Bear In Charge Of All Nations.”

“BIC for the north only, which is a big enough pain in the tuchus in the first place, thank you very much. I guess they decided to hold joint meetings with all heads of state, and in typical shifter fashion, they thought of it one second, set it up the next.”

Tyler sounded a little more out of sorts than usual, and Justin attempted to soothe the waters.

“Hey, it’s better now than you relaxing at home then suddenly having to turn around and leave again. What’s a couple more days added to your trip?”

“I suppose,” Tyler admitted. “Enough about my work. How’re you enjoying your vacation from watching my six?”

Someone in the back of the pack house let off a set of firecrackers, the loud explosions echoing with a staccato pulse like a machine gun, and the screaming that ensued was only drowned out by the louder laughter.

“Me? I’m so Zen. The peace and quiet tranquility of life in Whitehorse makes me sad you’re not here to experience it as well.”

His boss laughed. “You know you don’t have to stay with those animals. I can afford to get you a place of your own in town. Heck, you can afford to get a place while you’re in town—and I did offer for you to stay in my house.”

“Sure it is. And you’re not sticking around there for any other reason than it’s a convenient, central location to deal with work?”

“Pure convenience, you got it.” Justin caught himself rising to his feet as the door on the far side of the pack house opened and a vision slipped into the room. “Sweet mercy,” he muttered helplessly.

Justin’s tongue tripped over itself as Mandy Ainsworth leaned against the nearest wall and cautiously glanced around the room as if to get her bearings. The petite, dark-haired shifter wore faded jeans that were so pale they’d turned white-blue. They looked soft, as if he could caress a hand over her hip and around her butt, and the silky smoothness would tease his palm. A trim pink blouse with white pearl buttons flared over her breasts, the entire vision enough to set his heart pounding and his mouth watering.

She pressed her hands against the wall as she examined the room, her tongue leaving a layer of moisture shining on her lips visible even from this distance.

Justin suddenly became aware of a knocking sound beside his left ear followed by a high-pitched whistle.

He hurriedly answered. “Sorry about that.”

Instead of his boss, a female voice responded. “Are you still drooling over Mandy?”

“Hello, Caroline.” He ignored her question. “Are you having a good excursion?”

“You bears are crazy, and don’t try and change the topic.” His boss’s new wife had a lifetime of experience dealing with shifters and all their shifter games, and she was far too curious for her own good.

Or his peace of mind.

“Spill the beans,” Caroline ordered. “When are you going to make a move on that woman?”

“Considering you’re seven thousand kilometers away and fifty thousand meters in the air, perhaps you should defer to my good judgment about the best way for me to go about arranging a date, hmmm?”

“Sorry about that.” Tyler was back on the line. “I tried to explain to Caro that you don’t need any help with your love life—”

“—he hasn’t convinced me yet,” she shouted in the background.

Justin laughed even as he kept an eye on Mandy who was slowly inching toward the kitchen. “I’ll answer both your questions, because I know you’ve got me on speakerphone. You know exactly why I’m stationed in Whitehorse. No, Caroline, I don’t need any help with my love life. Yes, Tyler, I have everything else under control, with both the diamond factory and Harrison Enterprises, even though I am slightly distracted by…something else. I’ve had enough years of multitasking, though. I’m fairly certain I can handle the situation. Are we clear?”

Caroline made a huffing sound.

Tyler chuckled. “I told you, sweetheart. Now say goodbye to Justin so I can give him some final work instructions.”

“Goodbye, Justin. I expect a wedding invitation—no eloping, you got it?”

Background noises quieted as Tyler put the phone back to regular mode before he spoke. “She really does care about you,” he offered in apology.

“Caroline’s lived her entire life around wolves—if she wasn’t trying to interfere I’d be worried something was wrong.”

Mandy fully lifted her gaze off the floor for the first time since she’d entered the room. When she spotted Justin looking in her direction, her eyes went wide and she stumbled for a second before offering a small smile.

“I’m doing wonderfully,” Justin said. “Let me know if any emergencies arise, but otherwise, trust me. I’ve got the business side of things under control, and I’m working on the other parts.”

“I know you are. Have fun with that,” his boss and friend said with a soft laugh. “The other parts are worth the trouble. Most of the time.”

“I heard that,” Caroline said in the background.

“Of course you did,” Tyler told her. “Excuse me, Justin. I have a wife to deal with…”

Her shriek of laughter cut off into dead air as Tyler hung up, probably with his woman draped over his shoulder en route to the private plane’s bedroom.

Justin tucked his phone into his pocket then straightened his tie, smoothing it over his shirt as he wove his way through the laughing-talking-fighting collection of shifters milling around the living room.

He was a bear in a wolf den—and the real reason he’d remained in town stood mere meters away. Even a few weeks ago she’d tried to avoid him altogether, but today she offered a shy, yet welcoming smile that sent a thrill through him from top to bottom.

While his bear would’ve enjoyed more luxurious and mellow accommodations, if living in werewolf central was what he had to deal with to get close to the woman of his dreams?

Bring on the chaos—Justin was ready to face anything for her.

Return to A Lady’s Heart 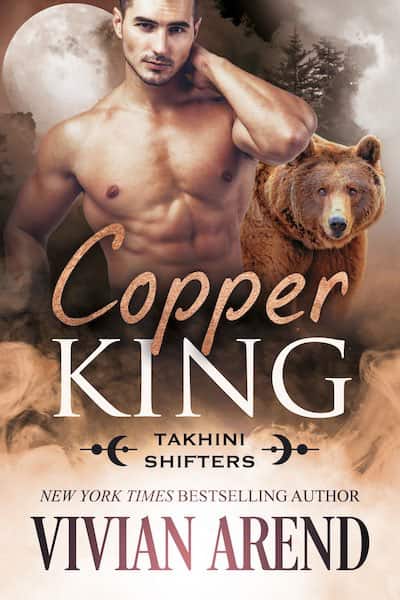 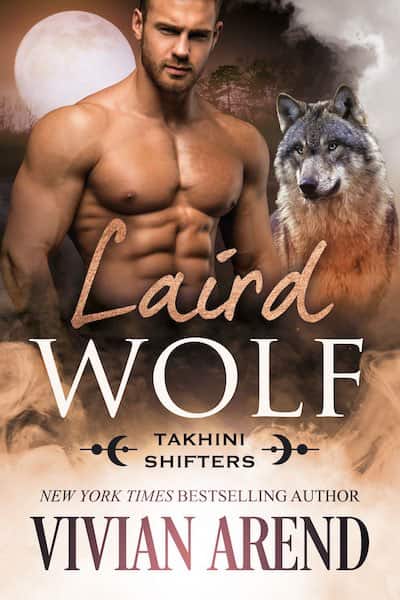 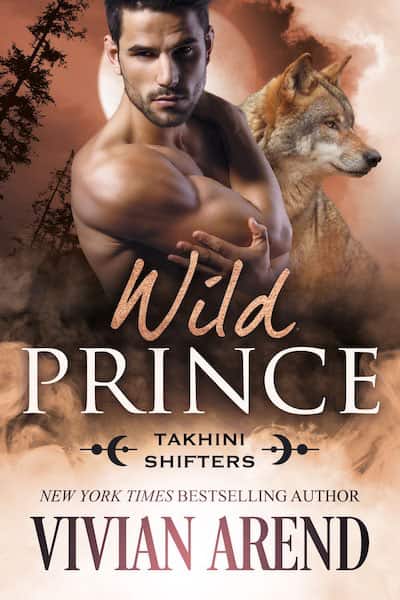