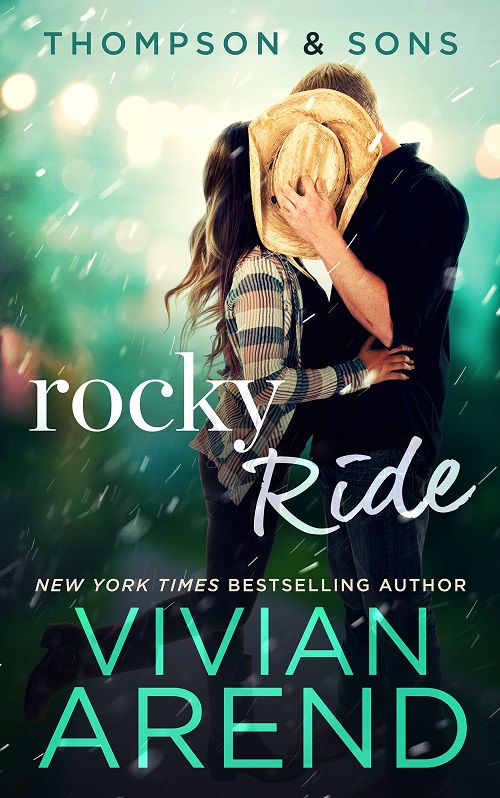 Heat rolled along her spine, leaving a sticky residue behind like at the conclusion of a long shift on an endless summer day. Only it wasn’t hard labour that had brought the undeniable flush to her skin. It wasn’t the sweltering breeze blowing past, causing leaves on the nearby trees to tremble, or the scalding sun beating down on her dash.

It was sex. Or more accurately, the anticipation of sex.

A straight-up, body-pounding, muscle-clenching fuck about to be delivered with all too much finesse by her favourite speeder in the entire district.

Right now she wasn’t in the RCMP cruiser, and she certainly wasn’t on any major highway in the Rocky Mountain House area. Anna Coleman sat in her personal vehicle at the side of a lonely country gravel road as anticipation rapidly rolled toward consummation.

Her side-view mirror gave her a flawless view of Mitch Thompson. He uncurled himself from his Harley, removed his helmet and left it behind on the handlebars. Her heart rate kicked up as he sauntered closer, dragging a hand through his dark hair before pulling off his sunglasses and hanging them from his front pocket. Black leathers gripped his thighs, sunlight flicking off the fabric as he strode forward. The tight black T-shirt only emphasized the width of his chest and biceps, the dark lines of his tattoos curling over his forearms to where they ended in ragged flames on his wrists and the back of his hands.

His usual cocky grin was absent, instead his expression one of total dignity and control, one step away from a glare. From this distance, she couldn’t see the golden specks in his dark brown eyes, but they were there, the knowledge of how they flashed brighter during moments of intense pleasure intimately embedded in her memory. His hair was too short to be more than rumpled from the time under his helmet, the dark brown strands matching the shadow of facial hair darkening his square jawline.

He rapped his knuckles on her window.

Anna moved slowly, as if she hadn’t been panting for this moment. She rolled down her window but stared straight ahead, refusing to make eye contact.

“I need to see some identification,” he drawled.

“What seems to be the problem?” she tossed back, one side of her mouth twitching upward briefly before she got her amusement under control.

“You have no idea what you’ve done?” Mitch leaned in, elbows resting on the doorframe and inhaled deeply. “You got an explanation for the smell in here?”

She jerked to face him. That question wasn’t in their usual repartee. “Smell?”

“Get out of the vehicle. Now.” He jerked her door open.

Anna was in no hurry. Drawing out the tease, taunting him for a moment or two could only heighten the experience for them both. Make what was sure to follow that much more explosive.

Pleasure licked around her as she obediently stood beside her car, his gaze skimming over the curve of her breasts. Lower, over her hips, lingering on the length of legs left exposed by her short miniskirt. She’d strapped on high heels, not much more than bits of buttery soft leather wrapped around five-inch spikes, and he swore lightly at the sight of them, fiery red against the dull grey gravel.

Screw it if the stilettos were impractical. This was her fantasy, and for the next half hour she’d damn well wear what she wanted.

A growl escaped Mitch as she pushed him to the edge of control. He squatted, one finger tracing the line of leather around her ankle and up the back of her calf to tease the sensitive skin behind her knee. “You have a license for those weapons?”

The passion in his eyes burned as he glanced upward. “Hands against the car.”

Anna glanced around cautiously as she twisted to obey. Double-checking there were no farmers using the remote shortcut to move bailers or haul hay from field to shed. Nothing to break the mood. No observers.

Although in theory the idea of being watched wasn’t unwelcome, getting caught playing kinky sex games in public with Mitch Thompson would not be a good thing.

He stepped behind her, heat increasing as the space between them narrowed. He patted her down, efficiently, quickly, but even the brief contact was enough to drive a moan from her lips.

“You like that, do you?” he growled. “Bet you’re hiding things from me.”

“Maybe,” she repeated, closing the distance to make contact between their hips. Her ass bumped his groin, and his hard-on digging into her butt just made things that much hotter. “You’d better check. Thoroughly.”

“Strip search.” His hands slipped over her hips, one dropping to cup her sex, the other up past her breasts to rest lightly over her throat. His lips hovered only inches from her ear, close enough the scruff on his chin and cheeks scratched her skin. “You get me so damn hot I’m ready to rip your clothes off and fuck you right here,” he confessed.

Anna rubbed them together again, all too pleased at the tormented sound she dragged from him. “No need to rip anything,” she panted.

Mitch bunched her skirt under his fingers, cursing loudly as he met nothing but bare skin. Totally bare.

He’d slipped his fingers over her pussy, delving between her labia to get his fingers wet before circling her clit. “Bare pussy. Wet bare pussy. Jesus fuck, woman. You think I can just stick my cock in you, and be done?”

“Good by me,” she insisted. No need to stop for condoms either—thank God for clean health records and efficient birth control. A gasp escaped as he pushed a finger deep inside. “Mitch, just do me already.”

He twirled her, his eyes blazing with lust as he pushed her shoulders against the car. “No.”

He took her lips before she could protest, kissing her like he did damn near everything. High speed, high intensity, igniting high-octane flames that lit her inside and out. His tongue licked into her mouth, his fingers cleverly undoing the elastic that had held her hair in a neat ponytail. She wrapped her arms around his neck in the hopes of keeping him close. It was no use, though, as he pulled away far too soon and put his teeth to her neck, a hand slipping between them to resume tormenting her clit with a steady rhythm.

“Don’t taunt me,” Anna begged. “I was ready for sex five minutes after you called me this morning.”

“Hmm. You’ve been hot and aching all day?”

Another round of skillfully applied pressure slid over her clit, and her hips jerked involuntarily. “Aching so hard.”

“Did you play with yourself?” he asked, easing off slightly, his thumb pulsing in a faint unending beat. “Did you have to hide somewhere so you could slip your fingers into your panties? Did you think about me shoving my cock deep inside you again and again until you scream?”

Mitch pulled back, and she whimpered in protest. She reached for him, but he shook his head, that evil grin back in place as he eased away far enough he could leer at her. “Show me,” he demanded.