Heroine: Amy Ryba – Secret Alpha to the other pack in Whitehorse, she’s determined to take revenge on Evan. If that means taking control of both packs, she’ll do it.

Hero: Evan Stone – Alpha of the larger Takhini Pack and just as laid-back as his rambunctious wolves. He’s been looking for his mate, and never expected his past to come back to haunt him. Together, they have a lot to work out, but a lot to look forward to as well.

Tidbit: I loved and hated writing this final book in the Takhini Series. I had planned from the start that this would be the end of this adventure, and all along I’d been dropping hints about Evan’s mate. I love Amy–and she’s someone I very much respect. Every time they interacted–two strong, determined Alphas–I realized more and more how much she was the perfect mate for him. Not one who would let him bowl her over. Not someone he’d have to coddle, but a real mate–and a partner.

I think it was the best possible way to finish the series! 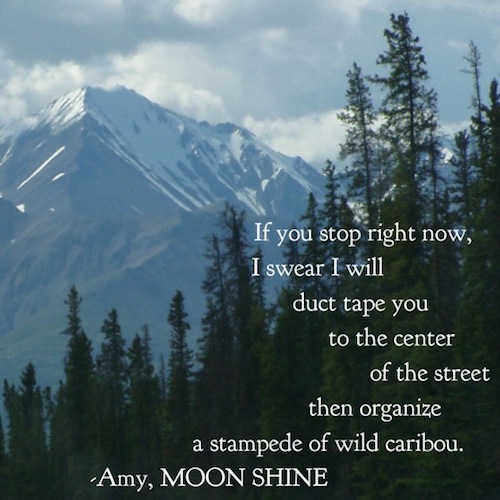