Heroine: Lillie – A bear-shifter who is a bit timid in her human skin. She’s headed to Vegas for one last hurrah before facing her future.

Hero: Jim – A playboy bear-shifter who lives for work and the yearly chance to win back Lady Luck. Running into a female who intrigues him isn’t what he expected – or wanted – to happen during his time in Vegas.

Tidbit:  It seems any time I add a couple to a book (i.e., a couple who are already in a HEA relationship) readers want to know how they got together. In this case, during the writing of Diamond Dust, I knew there was a rich bear living in the area, but there had been no need to introduce him and his mate before Diamond Dust began. And then it turned out people were very interested to know HOW they got together.

So I went back in time. Copper King happens about four months before Black Gold begins. The neat part is Copper King stands completely on it’s own, but it adds a layer to the rest of the Takhini books.

And that’s what I hope to do with other novellas in this series. Give you the rest of the story for characters who came onto the stage in Takhini or Granite Lake books.

And bears…come on, BEARS. Who could resist? 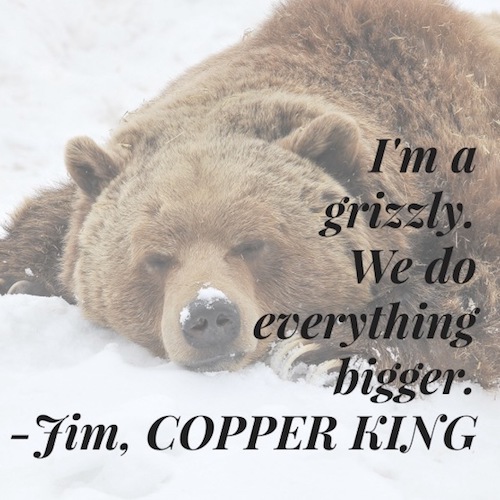